I’ve seen all kinds of responses on Facebook over the last few days, from pure anger at Chick-Fil-A and Bible living and believing Christians to people saying that we as followers of Jesus should not go to Chick-Fil-A to buy a sandwich because it will be seen as offensive to “Gay” people, and that would make it harder to reach them with the “Love of God”. I have even seen some saying that God is love and that what the owner of Chick-Fil-A , Mr Cathy, stands for is not love. Also have read a lot of times that Christians should not judge anyone, for anything, ever. And this all came from people claiming to be Christians!

I think these are examples and expressions of what is wrong with Christianity today in modern America. We have made Jesus into a sissy with a “Victim’s Mentality”, that is more concerned with not offending anybody then setting them free from sin.

This is not the same Jesus that is written about in my bible, to me the “nice, kind, don’t offend anyone Jesus” sounds like a lot of verses about Jesus is either not being read or just deleted, to include all of Jesus in the Book of Revelation, to be able to come up with this anemic one-dimensional version of Jesus. With statistics that show that 85% of Americans classified themselves as Christian, but out of them, only 4 to 9 percent agree with what the bible says and have a Biblical word view, it leads me to think the American church is more concerned about not offending someone than setting people free from sin. Do we no longer believe in the Gospel or that the Gospel has any power to convict? It seems like we don’t want to anyone to be convicted of sin because we may offend them in the process. God help us, we are more concerned about what sinners think about us than letting them know the truth and letting the truth set them free.
The statement “Jesus is Love” is thrown at any mention of sin, and yes He is the fullness of God the Father and the Father is Love, but this “Love”, this term we strap on Jesus, This “Love” box that we keep our American version of Jesus safely packed in, is then made easy to swallow and easy to pedaled for cash and fame. This version of Jesus is closer to a get out of “hell/jail” free card, that barely resemble the King of Glory, who is leading the Armies of Heaven with a Sword on his side.
The Real Jesus that is revealed in scriptures, his first and main message (which happened to be the same as his cousin John the Baptist), was not “come here and give your Jesus a big hug, I just want to love on some people” But it was Repent!

From that time on Jesus began to preach, “Repent, for the kingdom of heaven has come near.” – Matthew 4:17

Then Jesus began to denounce the towns in which most of his miracles had been performed, because they did not repent. – Matthew 11:20

Jesus answered them, “It is not the healthy who need a doctor, but the sick. I have not come to call the righteous, but sinners to repentance.” Luke 5:31-32

Does this sound like “Free Hugs Jesus” or “Jesus is my Home Boy”? And if people did not get the point that Jesus’ mission was to preach and teach “Repent or Perish” he makes sure to get the point across and says it twice, to really emphasize the point, in case they didn’t get it the first time, Jesus the Highest of Kings, the creator of the universe, repeats himself, (which can’t be a good sign).

Then Jesus went around teaching from village to village. Calling the Twelve to him, he began to send them out two by two and gave them authority over impure spirits.

These were his instructions: “Take nothing for the journey except a staff—no bread, no bag, no money in your belts. Wear sandals but not an extra shirt. Whenever you enter a house, stay there until you leave that town. And if any place will not welcome you or listen to you, leave that place and shake the dust off your feet as a testimony against them.”

They went out and preached that people should repent. Mark 6:6-12

And even after Jesus was crucified and raised from the dead right before he was going to ascend his instruction to his disciples as Jesus explain the scriptures, what had happened and what still must happen.

Then he opened their minds so they could understand the Scriptures. He told them, “This is what is written: The Messiah will suffer and rise from the dead on the third day, and repentance for the forgiveness of sins will be preached in his name to all nations, beginning at Jerusalem. Luke 24:45-47

And what was the first sermon that was ever preached after Jesus left and sent the Holy Spirit? It was by Peter and what did he say- “Jesus is Love, I don’t want to offend anyone today”? No, he said the opposite. He said, ‘All of You by your sins and actions crucified this Jesus. Repent!’

“Therefore let all Israel be assured of this: God has made this Jesus, whom you crucified, both Lord and Messiah.”

When the people heard this, they were cut to the heart and said to Peter and the other apostles, “Brothers, what shall we do?”

Peter replied, “Repent and be baptized, every one of you, in the name of Jesus Christ for the forgiveness of your sins.” Acts 2:36-38

Even Paul continued to preach repentance and taught the same as Jesus. While John the Baptist called Israel to repent, Paul teaches that it is God’s will that all men repent.

“In the past God overlooked such ignorance, but now he commands all people everywhere to repent. For he has set a day when he will judge the world with justice by the man he has appointed. He has given proof of this to everyone by raising him from the dead.” Acts 17:30-31

“I have declared to both Jews and Greeks that they must turn to God in repentance and have faith in our Lord Jesus.” Acts 20:21

Paul even teaches the same as John the Baptist that repentance of the heart must also be shown in the actions and behavior of the person.

“First to those in Damascus, then to those in Jerusalem and in all Judea, and then to the Gentiles, I preached that they should repent and turn to God and demonstrate their repentance by their deeds.” Acts 26:20

This is the same teaching of John the Baptist about repentance.

“Produce fruit in keeping with repentance.” Matthew 3:8 and Luke 3:8

Paul is not even sorry that he hurt or offended someone, because Paul, the disciples, and the early church understood that love – the kind that Jesus taught- is to tell the truth to so that people will be “cut to the soul” and be “most deeply grieved,” even outraged. Paul even says he did not regret hurting people by telling them the truth, the Gospel of Jesus Christ

“Even if I caused you sorrow by my letter, I do not regret it. Though I did regret it—I see that my letter hurt you, but only for a little while—yet now I am happy, not because you were made sorry, but because your sorrow led you to repentance. For you became sorrowful as God intended and so were not harmed in any way by us. Godly sorrow brings repentance that leads to salvation and leaves no regret, but worldly sorrow brings death.” 2 Corinthians 7:8–10

The question is, what is this Gospel that Jesus taught and instructed his disciple to teach and preach? The answer is in the name of Jesus.

She will give birth to a son, and you are to give him the name Jesus, because he will save his people from their sins.” Matthew 1:21

The Good News is not Jesus saves you from hell. Although that would be some good news, it is not the true Gospel. The true Gospel is even better news, it is the best news- that Jesus saves us from the control of sin in our lives. The true Gospel is not Jesus, His work on the cross and resurrection, modifies our behavior like a good psychologist can, or even fixes our sinful and self-destructive behavior with drugs and chemical cocktails like a psychiatrist. All the world and all the other false religions offers are internal or external behavior modifications, which still leaves sin in the heart of the person. They are sitting down on the outside but defiantly standing up on the inside. This human condition is what Jesus called sin, and He gives us a new nature, His nature, the Holy Spirit of God Himself. We no longer have to be slaves to the self-destructive nature.

It would be very BAD news if Jesus’s message was to “Stop being sinful or perish in eternal torment,” when all of humanity could do nothing to change their nature. That would be a horrible God, and awful news, all of humanity would be damned while Jesus hung “Repentance with proof by good Deeds” out in front of all us like a carrot on a stick that we could never attain to.

Later Jesus found him at the temple and said to him, “See, you are well again. Stop sinning or something worse may happen to you.” John 5:14

Why would Jesus tell him and others to ‘stop sinning’ if that were not possible for him? That would be a very mean trick to play on humanity. Jesus spoke life and truth, and the Gospel was for this man and is for us today. Jesus will save you from the power of sin and give you a new nature, His nature, by his Holy Spirit. In your new nature you will have the will and desire to obey Jesus as Lord, and this is very, very good news.

It is also very offensive for two main reasons. One- the person really wants to keep their sin. They just don’t want to exchange their sin for freedom (and most will get very mad when you call their actions and nature a sin and say “stop judging me”). The other is they don’t want to have to obey Jesus. They don’t want the new nature because it wills and desires to do the things of God and they don’t want to ever surrender to God because they are mad at Him and either fight Him or deny He exists. Either way, when they are called to repent and surrender to the Lordship of Jesus Christ and be free from their sin, they respond angrily and sometimes violently. Most of the time when the true Gospel is preached it gets the same two responses and the early church, disciples, and Apostles got, there either got one or the other, riot or revival.

All Scripture is quoted from NIV. 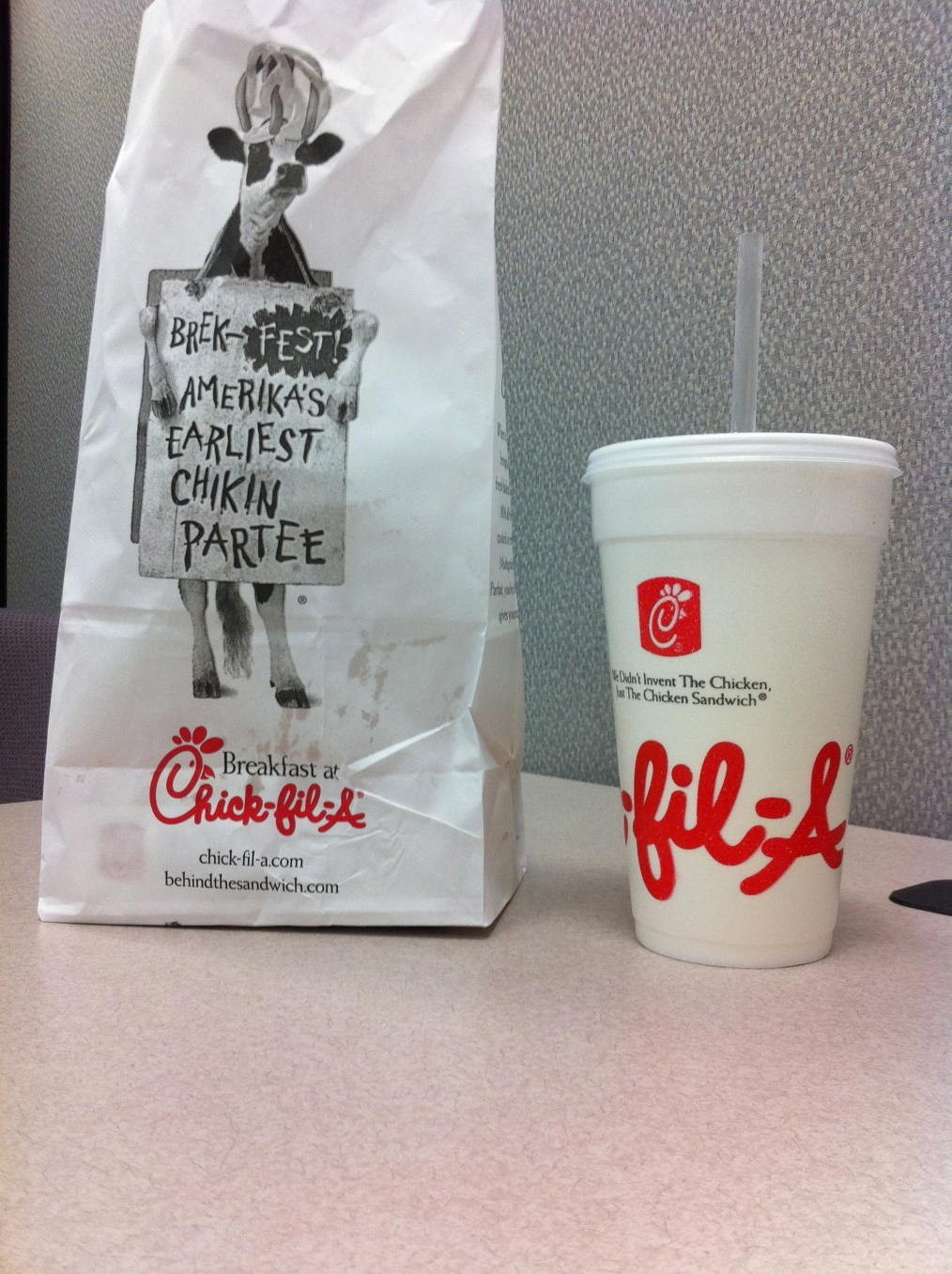 2 thoughts on “Where is the Real Jesus and his Gospel?”